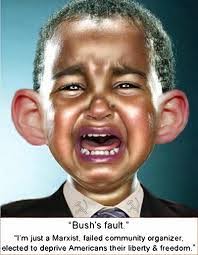 The media are amplifying Mr. Obama’s themes with less subtlety, amid a collective aneurysm in Washington and New York. Yet this combination of animus and overreach explains why the post-Newtown gun debate has been such a lost opportunity.

The President might have forged a compromise from the political center out that reduced gun violence at the margins while respecting Second Amendment rights. Instead, liberals cleaned out their ideological cupboards in favor of gun restrictions that would have little practical effect but would have notched a symbolic victory over the National Rifle Association and those benighted rubes in the provinces. By so overreaching, Mr. Obama couldn’t even steamroll moderate members of his own party.

A word, first, about that Senate “minority.” Majority Leader Harry Reid was free to bring the deal struck by West Virginia Democrat Joe Manchin and Pennsylvania Republican Pat Toomey to the floor for an up-or-down vote, and this background-checks amendment might have passed. It did convince 54 Senators, including four Republicans.

But under Senate rules, a simple majority vote would have opened the [Manchin-Toomey] measure to up to 30 hours of debate, which would have meant inspecting the details. The White House demanded, and Mr. Reid agreed, that Congress should try to pass the amendment without such a debate.

Majority rules would have also opened the bill to pro-gun amendments that were likely to pass. That would have boxed Mr. Reid into the embarrassing spectacle of having to later scotch a final bill because it also contained provisions that the White House loathes. So Mr. Reid moved under “unanimous consent” to allow nine amendments, each with a 60-vote threshold.

The White House was right to worry. An amendment from John Cornyn of Texas that would have required all states to recognize every other state’s concealed-carry permits earned 57 votes, 13 Democrats among them. The nearby table has the list. On Thursday, Wyoming’s John Barrasso offered an amendment to protect gun ownership privacy that passed 67-30.

The media are attributing the demise of Manchin-Toomey to the clout of rural states, as if those voters don’t count; or claiming it would have passed under a secret ballot, as if democratic accountability is bad. Our guess is the amendment would have received fewer votes in a secret ballot. Many red-state Democrats wanted to avoid handing Mr. Obama a larger defeat on a bill that was about to fail anyway, but more might have parted company once the specifics were scrutinized.

Manchin-Toomey was rushed together on a political timetable, and a thorough scrub would have revealed that its finer legal points aren’t as modest as liberals claim. Tellingly, the White House blew up earlier negotiations with Tom Coburn on background checks. The Oklahoma Republican favored more and better checks across secondary firearms markets like gun shows and online, but liberals insisted that federally licensed dealers had to keep records.

In other words, keeping guns away from dangerous or unstable people was less important [to the Democratic White House] than defeating the NRA. The Senate GOP offered an alternative background-checks amendment that failed 52-48. Nine Democrats were in favor, but their colleagues voted en masse to block it from moving forward. How’s that for incoherent?

Mr. Obama is technically right that Manchin-Toomey would not create a federal firearms registry. Then again, its most clamorous supporters are also contemptuous of the Second Amendment, and they are explicitly hoping for a fifth Justice to overturn the Supreme Court’s landmark gun-rights rulings. Manchin-Toomey opponents can be forgiven for worrying that gun controllers will attempt to build a registry from whatever records they get….

Meanwhile, political reporters are ignoring the disintegration of Mr. Obama’s overall gun agenda. Restricting large capacity magazines went down 46-54, with 10 Democrats breaking with the President. Banning certain types of semiautomatic rifles failed 40-60 with 15 Democrats opposed. Those 15 or so Democrats, along with numerous Republicans, are the true mainstream on guns in America: open to reasonable compromises as long as they safeguard individual rights.

People who cling to their guns, or merely to the Constitution, aren’t part of the coalition that Mr. Obama believes re-elected him, and his mistake was thinking they would simply dissolve into history’s rear-view mirror in his new progressive era. Mr. Obama was routed this week because he tried to govern from the left and thus played into the hands of the NRA. If the Newtown families want someone to blame, they can start with the President.

Posted, an adapted by, the Grey Enigma with minor edits for clarity and emphasis 4/21/2013