Though Phil has a few more days to prognosticate the next six weeks, the AccuWeather.com long-range forecasting team already predicts that the nation will be split in half: cold and snow will linger in the Northern states, while spring will get an earlier start in the southern half. 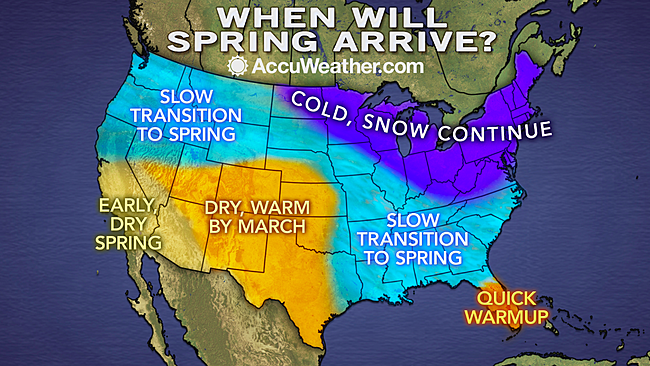 Where Will Cold Linger?

Wintry weather is forecast to hold longest across the the Great Lakes, Northeast and mid-Atlantic.

Cold air masses and a few snowstorms will continue to impact the regions as late as March before the winter season comes to an end.

A steady stream of warmth may not arrive for cities from Detroit to Boston and New York City until mid- to late spring.

“For the next six weeks in the Northeast, we’re going to be dealing with some pretty good cold coming down out…

3 thoughts on “Spring Outlook: Six More Weeks of Winter to Grip Half of US”