This just in from the progressive, communist libtards at the SPLC via their organ-grinders at USA Today…  I hope one day to be named on their enemies list.

Radical anti-government “patriot” groups and militias, galvanized against gun control, will continue to grow even as the number of groups operating in the USA reached an all-time high in 2012, a report Tuesday by the Southern Poverty Law Center finds.

The center tracked 1,360 radical militias and anti-government groups in 2012, an eightfold increase over 2008, when it recorded 149 such groups. The explosive growth began four years ago, sparked by the election of President Obama and anger about the poor economy, the center says. That growth is likely to continue as the groups recruit more members with a pro-gun message, the center’s senior fellow Mark Potok said. 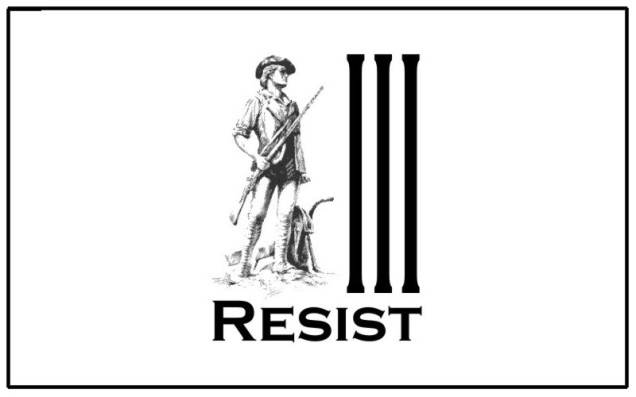 President Obama’s second term and a gun control movement bolstered by the massacre at Sandy Hook Elementary School is intensifying anti-government rage and will lead to more growth for the groups, Potok said.

The Southern Poverty Law Center, a non-profit civil rights advocacy group based in Montgomery, Ala., defines the patriot movement as groups of people who believe the federal government is conspiring to confiscate Americans’ guns and curtail liberties to create a socialist government or “new order.” Most are non-violent citizens groups. Some groups also include militias, which arm themselves and conduct military-style training, the center said.

The Southern Poverty Law Center uses its extremism report as a way to raise funds, says Bill Hahn, a spokesman for the John Birch Society, a conservative, anti-communist group based in Appleton, Wis, that advocates limited government. The group is on the center’s list of anti-government groups.

The center “is very adept at creating the specter that armed groups will overthrow the government or that the continuously dying supremacy movement is lurking behind every rock,” Hahn said in a written statement. “The SPLC will continue to utilize fear to fill their bank accounts.”

Everett Wilkinson, whose Florida-based National Liberty Federation is not listed in the report, says many of the groups simply engage in peaceful rallies and letter-writing campaigns aimed at promoting free markets, fiscal responsibility and limited government.

“The Southern Perversion Law Center is a liberal organization that likes to spread propaganda about right-wing and conservative groups,” Wilkinson said.

“We do respect people’s right to defend themselves, but we are not a military-type organization or anything like that,” he said. “We’re a grassroots activist organization focused on legislative issues and changing what’s happening in government. We’ve had thousands of rallies since 2009 and we’ve yet to have a violent incident.”

The patriot groups’ rhetoric and some groups’ threats of domestic terrorist plots mirror the mood in the six months before the Oklahoma City bombing, a domestic terror attack in 1995 by anti-government militia sympathizer Timothy McVeigh that killed 168 people, center President J. Richard Cohen said in a letter to Attorney General Eric Holder and Homeland Security Secretary Janet Napolitano. The center has called for a task force to assess the groups.

“In the last four years we have seen a tremendous increase in the number of conspiracy-minded, anti-government groups as well as in the number of domestic terrorist plots,” Cohen wrote. “We now also are seeing ominous threats from those who believe that the government is poised to take their guns.”

The number of anti-government groups grew 7% from 1,274 in 2011 to 1,360 in 2012. The center gathers its data from the groups’ publications, websites, law enforcement, news reports and other sources.

Daryl Johnson, a former domestic terror intelligence analyst at the Department of Homeland Security whose report on the resurgence of the radical right in April 2009 was withdrawn by the department after criticism by conservative groups, said the center’s estimate of radical anti-government groups is low and does not account for some of the most radical groups that operate underground.

Some groups stockpile weapons and their “ability to inflect mass violence is quite high,” Johnson said.

A January study from the Combating Terrorism Center at West Point found a dramatic rise since 2007 in the number of attacks and violent plots originating from people and groups identified with the far right of American politics.

The Southern Poverty Law Center’s latest count surpasses the record number of groups formed in the 1990s in response to the passage of sweeping gun-control measures in 1993 and a ban on assault weapons in 1994. In 1996, the number of patriot groups peaked at 858, then declined until 2009, the center reports.

Recently, some of the groups have threatened politicians who have proposed gun-control measures, the report says. In one instance, neo-Nazi Craig Cobb posted Rep. Diana DeGette’s address and photograph on the racist, anti-Semitic VanguardNews Network forum after the Colorado Democrat proposed a ban on high- capacity magazines, the report says.

The center quotes the United States Patriots Union, which in a letter to legislators in several states called the federal government “a tool of International Socialism now, operating under UN Agendas not our American agenda.” The group said states should defend freedom and liberty “or we are headed to Civil War wherein the people will have no choice but to take matters into their own hands.”