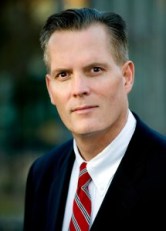 Earlier we featured the story of the Washington Supreme Court reversing the murder conviction of Odies Walker after an attorney with the Pierce County Prosecutor’s office made inflammatory and especially prejudicial power point slides during closing arguments. Citing an unacceptably large number of reversals and substantiated accusations of Prosecutorial Misconduct and Vindictiveness, Kitsap County Superior Court Judge Jay Roof ruled that there was sufficient cause to proceed with gathering signatures for a recall election. A ruling of this nature is required under the Washington Constitution to recall an elected official.

Organizers will need to gather 39,000 signatures for the recall to be held in an election to recall County Prosecutor Mark Lindquist.