Yet another famous “Holocaust survivor” in the US, 90-year-old Joseph Hirt, who has spent fifteen years lecturing schools about his “escape from Auschwitz,” has been shown to be a fantasist liar who invented everything.

Hirt’s career in lying and making up “holocaust” stories goes to 2006, when he was the subject of an article in Philadelphia’s Inquirernewspaper.

The article, titled “Facing the ghosts of the Holocaust,” and filed under that paper’s “racial hatred” section, quotes Hirt as saying that had grown up in a Jewish family in Poland, was sent to Auschwitz, given prisoner number tattoo I94517, but “spared the gas chamber because he identified himself as a nurse and was pressed into service by a doctor who was himself a camp inmate.” 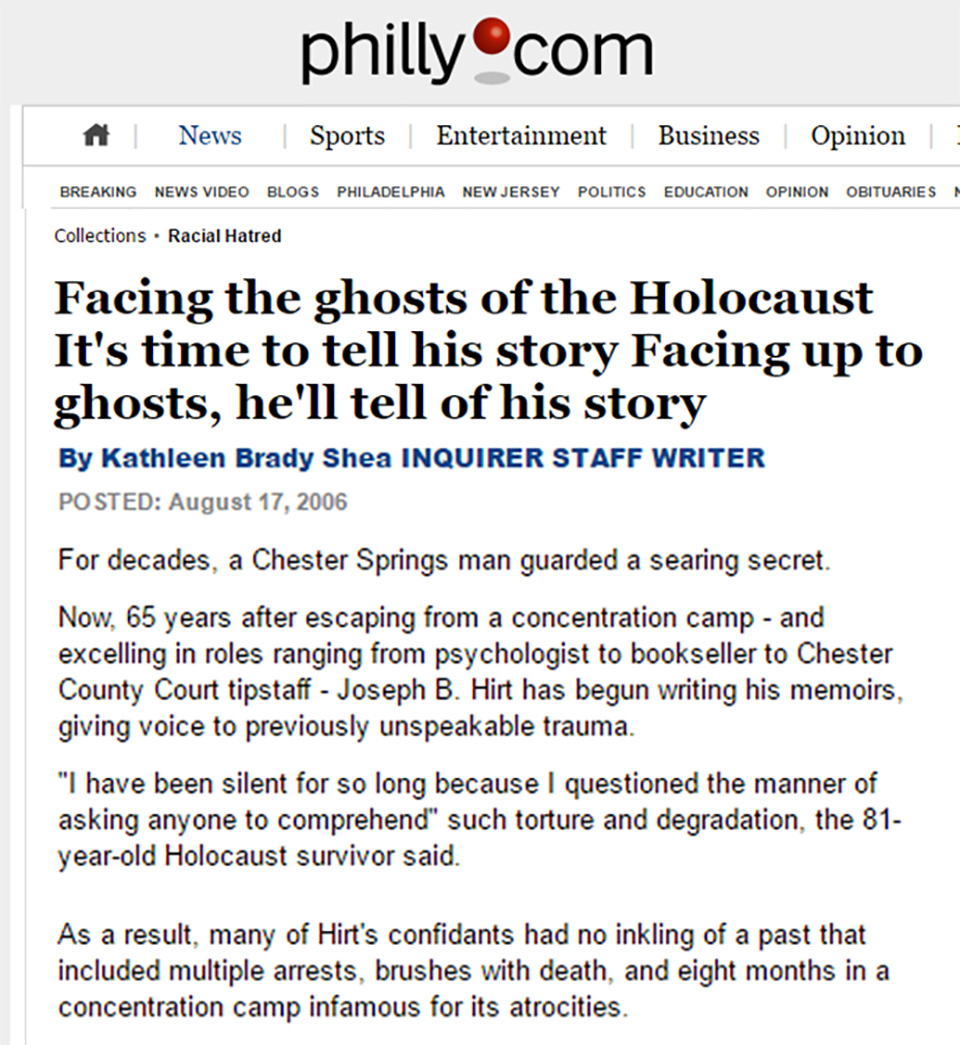 Hirt kept on peddling this story for years, eventually becoming a firm favorite on the “holocaust survivor circuit.”

For example, in December…