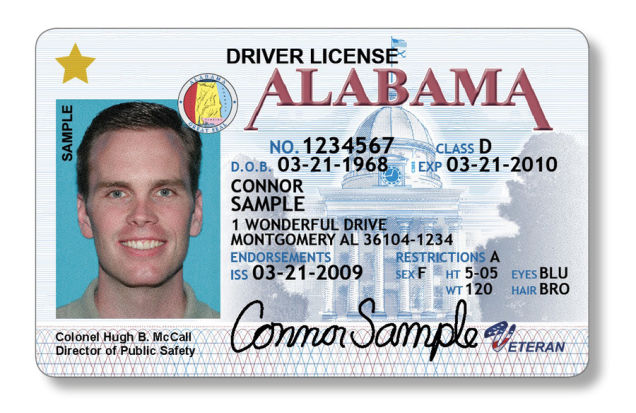 …. The ability to travel in the United States is about to become more restrictive as the TSA announces it will soon be enforcing new identification standards in American airports.

Beginning in 2016, passengers attempting to pass through a federal TSA checkpoint will be subject to the requirements of the REAL ID Act. To that end, the TSA will put higher scrutiny on travelers’ identities, and will only accept a federal passport or a “REAL-ID” card, which is issued by the states to meet federal requirements. Passengers will not be allowed to fly through an American airport without submitting to the advanced federal specifications.

Both federal passports and REAL-ID cards require a number of unique personal identifiers to be stored together in government databases, including his or her full name, date of birth, Social Security Number, scanned signature, and other identifiers. Both cards require biometric data: a front-facing digital photograph of the passenger’s face, which is ultimately used with a facial recognition database.

“It is a choice,” flippantly explained David Fierro, the Public Information Officer for the Nevada Department of Motor Vehicles. “If you use a passport when you’re traveling you don’t have any problems. If you use your driver’s license as identification, you’ll need to either apply for the Real ID card or get a passport.”

ORIGIN OF ‘REAL ID’  –  The enhanced security measures stem from the passage of the REAL ID Act of 2005, a U.S. law enacted by President Bush that states that a Federal agency may not accept state-issued identification cards without complying with a number of enhanced standards of the REAL ID Act.

The states were given a number of years to comply, and many moved to pass their own laws to meet the benchmarks of the REAL ID Act. Due to some sluggish response, DHS extended the compliance deadline several times.

Unfortunately, most states were all too willing to bend to the requirements of the federal government in order to obtain “state certifications” of compliance. To signify their compliance with the federal standards, many states are now issuing identity cards emblazoned with gold stars in the corner.

According to the Department of Homeland Security, only Arizona, Idaho, Louisiana, Maine, Minnesota, New Hampshire, New York, and American Samoa have not met REAL ID standards as of January 2015. By DHS estimates, 70%-80% of all U.S. drivers are already carrying around REAL ID cards or live in states that have received extensions for compliance.

Some states have even gone as far as to require the applicant to present birth certificates, W-2 tax forms, bank statements, and/or pay stubs to verify one’s identity before handing out the new REAL-ID cards. Some cards have RFID chips embedded in them.

Among the 39 benchmarks of the REAL ID Act, state ID cards have to be scannable with a bar code reader, and the states are required to share access to an electronic database with all other states.

Once DHS begins enforcing the REAL ID standards, Americans without a compliant state ID will be effectively prohibited from flying at a commercial airport. Passengers would need to obtain passports even to fly on planes that never leave the United States.

The Department of Homeland Security’s production of domestic intelligence has increased substantially over the last few years according to a brochure of “intelligence products” published last month by Cryptome. The 2012 DHS Intelligence Enterprise Product Line Brochure is “a standardized catalogue of intelligence reports and products that represent the full breadth” of the agency’s analytical capabilities. It provides descriptions of each type of product created by the DHS Intelligence Enterprise as well as the classification level and instructions on how DHS “customers” can obtain the products. END_OF_DOCUMENT_TOKEN_TO_BE_REPLACED

The pieces come together. Within the last week I have read:

1) New software, associated with Google, will recognize customers in stores so as to offer them discounts; having your photos uploaded to allow this service will (for now) be voluntary.

2) A new surveillance system in New York will store footage from cameras in, for example, the subway, so that when an unattended package is discovered, the police can look back in time to see who left it.

3) TSA is perfecting a laser that will allow detection on travelers of trace amounts of drugs, explosives, and doubtless a wide variety of other things.

4) The government is moving toward mandating black boxes on cars to record information thought to be useful in ascribing blame in crashes.

5) Various police departments are beginning to use “drone” aircraft to monitor the population.

These are recent pieces of the coming world. They have not yet all been completely deployed and linked. Some are voluntary, for the moment. Others are in development. All are coming. END_OF_DOCUMENT_TOKEN_TO_BE_REPLACED

I was detained last night by federal authorities at San Francisco International Airport for refusing to answer questions about why I had travelled outside the United States.

The end result is that, after waiting for about half an hour and refusing to answer further questions, I was released – because U.S. citizens who have produced proof of citizenship and a written customs declaration are not obligated to answer questions. END_OF_DOCUMENT_TOKEN_TO_BE_REPLACED

Have you wondered what $1.2 billion in airport security gets you? The TSA has compiled its own “Top 10 Good Catches of 2011”:

10. Snakes, turtles, and birds were found at Miami MIA and Los Angeles LAX. I’m just happy there weren’t any lions, tigers, and bears… […]

3. Over 1,200 firearms were discovered at TSA checkpoints across the nation in 2011. Many guns are found loaded with rounds in the chamber. Most passengers simply state they forgot they had a gun in their bag.

2. A loaded .380 pistol was found strapped to passenger’s ankle with the body scanner at Detroit DTW. You guessed it, he forgot it was there…

1. Small chunks of C4 explosives were found in passenger’s checked luggage in Yuma YUM. Believe it or not, he was brining it home to show his family.

That’s right; not a single terrorist on the list. Mostly forgetful, and entirely innocent, people. Note that they fail to point out that the firearms and knives would have been just as easily caught by pre-9/11 screening procedures. And that the C4 — their #1 “good catch” — was on the return flight; they missed it the first time. So only 1 for 2 on that one.

And the TSA decided not to mention its stupidest confiscations:

go here for excellent blog and articles –> Schneier on Security