via The Retreat: Test Of The EAS System on November 9th.. 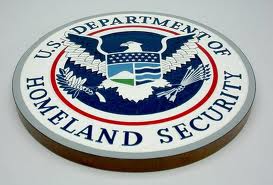 If you had not already heard there will be a system wide test of the EAS Emergency Alert System on November 9th at 2:00 pm EST. This will mean that for the test all Radio, and Television signal will be cut off for the test all at the same time nation wide. What does this mean for us? Well it shows us that in the case of a national emergency or better yet Martial Law that our Federal Government has the ability to shut down communication’s across the nation. Granted this will only be a test and has been handed over to FEMA and the FCC to implement. I have a few questions though. First, why is this the first time they have done a system wide test? Second, It seems an odd coincidence that it follows the first ever month long multi state exercise done by FEMA in it’s history. Thirdly, It is also involving other departments of Homeland Security. Granted I am no rocket scientist but it seems odd because of the timing and the involvement of other homeland security departments. To say the least I am a bit concerned about this test. The fact that our government can at it’s will have the ability to shut down all forms of communications is a bit horrifying to me. I already knew that they had the ability to shut down internet and cell phone service anytime they saw fit but to have the ability to shut down all communications across the country is not very comforting. It begs the question what is the test supposed to prove and why now? The economy is in the toilet and the future is not looking so bright right now. Its this a harbinger of things to come or just a simple test. I hate conspiratorial crap and usually try to find some sane answer to things like this. This whole thing is not common knowledge and has not been talked about over any of the radio and television stations that I have been tuned into. You can find info about it on the Homeland Security website but who ever really go to their site unless they really need some type of information? If it was just a simple test don’t you think that most of the stations would be letting everyone know what is going on before hand? I think that there are going to be a ton of people across the nation calling into their local 911 call center wondering what the hell is going on….