A bill to protect concealed carry permit holders, sponsored by Sen. John R. Thune (R-S.D.) and Sen. David B. Vitter (R-La.), has been introduced with strong Republican support in the Senate.  “I am pleased to introduce legislation that strikes a balance between states’ rights and individuals’ Second Amendment rights outlined by the Constitution,” Thune said. 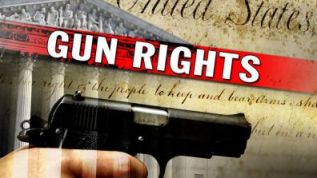 BALTIMORE – Maryland residents do not have to provide a “good and substantial reason” to legally own a handgun, a federal judge ruled Monday, striking down as unconstitutional the state’s requirements for getting a permit.U.S. District Judge Benson Everett Legg wrote that states are allowed some leeway in deciding the way residents exercise their Second Amendment right to bear arms, but Maryland’s objective was to limit the number of firearms that individuals could carry, effectively creating a rationing system that rewarded those who provided the right answer for wanting to own a gun…. via Fox News.