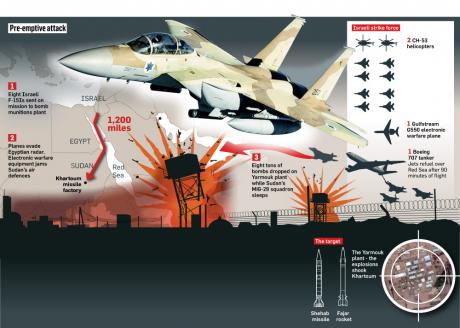 This past Wednesday, nobody reported that a squadron of 8 Israeli F-15 jets dropped 4 two-ton bombs on the giant Yarmouk missile factory on the outskirts of Sudan’s capital Khartoum. Which is just as Israel wanted it. Because what otherwise would be a provocative incursion tantamount to war (if only Sudan wasn’t a complete basket case of a country), was really nothing short of a dry-run for an Israeli attack on Iran. At least according to the Sunday Times… via ZeroHedge.