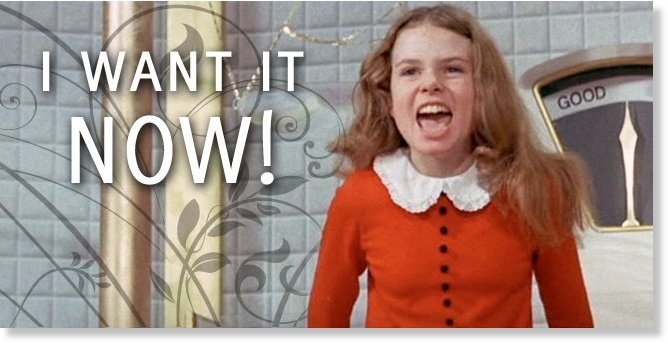 by Rick Nauert, PsychCentral Dr. Rick Nauert has over 25 years experience in clinical, administrative and academic healthcare. He is currently an associate professor for Rocky Mountain University of Health Professionals doctoral program in health promotion and wellness.

A new study suggests a belief in entitlement can lead to dire psychology and social costs.

In a new theoretical model, investigators mapped how entitled personality traits may lead to a perpetual loop of distress.

The findings appear in the Psychological Bulletin.

“At extreme levels, entitlement is a toxic narcissistic trait, repeatedly exposing people to the risk of feeling frustrated, unhappy, and disappointed with life,” said Joshua Grubbs, the primary author of the paper and a…

Camel’s nose under the tent alert:  Here we go.  This will be the meme of the coming years.  Your mental status has potential effects on the collective and so your privacy, your guns, your mind, your soul, your freedom and self-ownership are belong to us now.

Never mind that the discussion should be directed toward how a person should defend themselves against the aggression initiated by another.  Let’s instead talk about how ‘we’ prevent all aggression, at all times, in all places and at all costs to individual rights and sovereignty.  Lets instead discuss how we can all suffer for  the benefit of an amorphous ‘society’, instead of how we can empower ourselves as individuals to  protect ourselves.

I don’t know where to start with this tripe, so read it for yourself at TheHill.

Army officials say one thing that could have helped prevent last week’s shooting at Fort Hood is better information sharing with commanders about the mental and behavioral health histories of incoming soldiers.

The shooter, Spc. Ivan Lopez, 34, had arrived at Fort Hood, Texas, in February after being stationed for four years at Fort Bliss, Texas. By the time of his transfer, Lopez had a history of mental health issues, including anxiety and depression, and was prescribed a number of prescription drugs, including Ambien.

But receiving commanders at Fort Hood would not have been privy to Lopez’s health history.

“Here’s the biggest problem we have. … It’s a dilemma,” said Army Chief of Staff Gen. Ray Odierno. “The problem is sharing information and how you protect an individual’s rights with sharing information, so the commanders and the people at the lower level understand that, maybe, there was a previous problem.”

Under the Health Insurance Portability and Accountability Act HIPAA, a soldier’s mental and behavioral health record is kept private from his or her new commander. Thus, while physicians at a new base would have access to soldiers’ health records, a commander would not.“If a soldier has mental health counseling at Fort Bragg, N.C., and he moves to Fort Carson, Colo., sometimes we have difficulty moving that information with them, because of patient HIPAA….

If vaccines play absolutely no role in the development of childhood autism, a claim made by many medical authorities today, then why are some of the most popular vaccines commonly administered to children demonstrably causing autism in animal primates? This is the question many people are now asking after a recent study conducted by scientists at the University of Pittsburgh UP in Pennsylvania revealed that many of the infant monkeys given standard doses of childhood vaccines as part of the new research developed autism symptoms. END_OF_DOCUMENT_TOKEN_TO_BE_REPLACED

Since that provision of the law took effect March 16, officials have received at least 30 reports of people whose gun licenses should be reviewed, state police say. END_OF_DOCUMENT_TOKEN_TO_BE_REPLACED

…The 300 page dossier by the three cardinals on the homosexual mafia and the homosexual cardinals WILL BE READ ALOUD AT THE CONCLAVE in the presence of ALL of the voting cardinals with NAMES NAMED after the oath of secrecy is taken.  These recent resignations of cardinals may very well be the sodomites running scared.

And yes, the Vatican sodomites are tied to the Vatican bank. Are we really shocked that sexual perversion and financial crimes are linked? You people who are STILL falling for the “what people do in their sex lives doesn’t matter” meme have got to wake up.

Sex, be it homo or hetero, DOES MATTER. Bill Clinton’s escapades with Monica DID MATTER, because if a person can operate in the realm of sexuality with zero morality, shame or remorse, what do you think that implies about their business dealings, political dealings or their general psychological state? Sexual perversion and promiscuity are directly correlated to sociopathy and psychopathy. Sane people don’t treat other people like pieces of meat. Sane people don’t treat themselves like pieces of meat. Sane people regard other people as subjects, not objects. Sane people have consciences. Sane people have standards of decency and are repelled by sexual perversion…

Of course they  have to paint these brave folks as tofu-brained, big brother deluded wackos:

Seriously though, think about this:  You are coerced into a monopolistic, sole-sourced relationship with your electricity provider.  You have no real recourse regarding the physical plant that serves your buildings (although you do have a shell-game of selections of primary electricity sources in some areas).  Thus, should not the state extend additional protections from ALL predatory / dictatorial actions by these state mandated sole source suppliers that you are tied to?

These brave women carrying the ball forward for you and I:

A mother of three who buys organic food and worries about the dangers of “dirty electricity” has become the face of resistance in Naperville, Ill. 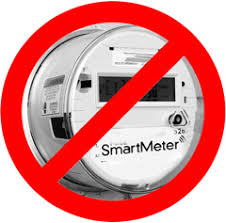 Led away in handcuffs after trying to prevent the installation of a “smart meter” on her home, Jennifer Stahl vows to continue the protest movement that has made this suburban community ground zero in a battle over privacy rights versus modern technology.

“This is unreasonable search and seizure,” said Stahl, 40, who believes the devices designed to monitor power usage are intrusive and pose a health risk. “It definitely is not OK for my utility … to know when I’m home and not home.” END_OF_DOCUMENT_TOKEN_TO_BE_REPLACED

This report was released by the Johns Hopkins Bloomberg School of Public Health, more specifically from the Johns Hopkins Center for Gun Policy and Research that NYC Mayor Michael Bloomberg funded to the tune of $107,000,000 around 2001 (see here and here).  The article explains a study (that I have not yet read in the original form) that codifies gun restrictions as responsive to a public health threat.  The embedded assumptions and unchallenged premises are obvious and many.  Just goes to show that it takes real money to buy the best-branded and biggest-named dispassionate, unbiased acdemic opinions.

Beyond the “public health” meme, you will recall that this year was allso the one in which the false hazard of bullet lead as an environmental plague was struck down.  I also recall that bullets were blamed for the Utah wildfires this summer.  Make no mistake about it, these lily livered anti-gun trolls will try every door and window in thier quest to invade the house of your autonomy, empowerment and 2nd amendment rights.

On July 20, a gunman in Aurora, Colorado, used an assault rifle to murder 12 people and wound 58 others. Although this was one of the worst mass shootings in U.S. history, all mass shootings account for a small percentage of gun violence that occurs in the U.S. every day. In the past 100 days since the Aurora shooting, an estimated 3,035 Americans have died as a result of gun violence.

WSBT spoke with several parents off camera who said at least a dozen children who had similar symptoms as the pigs and other sick children were treated at local hospitals and doctor’s offices. END_OF_DOCUMENT_TOKEN_TO_BE_REPLACED

IRS officials on background tell FOX Business the U.S. Supreme Court ruling on health reform gives the IRS even more powers than previously understood.  The IRS now gets to know about a small business’s entire payroll, the level of their insurance coverage — and it gets to know the income of not just the primary breadwinner in your house, but your entire family’s income, in order to assess/collect the mandated tax.

Plus, it gets to share your personal info with all sorts of government agencies, insurance companies and employers.

And that’s just the tip of the iceberg. “We expect even more lien and levy powers,” an IRS official says. Even the Taxpayer Advocate is deeply concerned. END_OF_DOCUMENT_TOKEN_TO_BE_REPLACED

“I Lived. I Died. Now Mind Your Own Business.” That’s how I want my tombstone to read.

What do I have to hide? Everything! Which is to say, every piece of personal information someone or something demands to know is something I don’t want to tell because no one has the right to demand access to my life.

The right to privacy rests largely on a presumption of innocence. It assumes that — in the absence of evidence of wrongdoing — an individual has a right to shut his front door and tell other people (including government) to mind their own business. END_OF_DOCUMENT_TOKEN_TO_BE_REPLACED

The Supreme Court’s Obamacare ruling on Thursday cuts right to the very fabric of the relationship between a once-limited government and a once-free citizen, but the eternal struggle between liberty and tyranny endures. It is a beginning, not an end.

As enormously important as the high court’s Obamacare ruling is – and it’s huge – it’s not the final word. The legal and political dust has not yet settled, and it will take some time for the unpredictable ripples to form the powerful waves of history. Yet, history waits for no man, so we begin by asking: What now? END_OF_DOCUMENT_TOKEN_TO_BE_REPLACED

Fox News’s Ed Henry challenged White House Press Secretary Jay Carney during a Tuesday briefing over the growing controversy surrounding the Obama administration’s move on January 20 to force most employers to cover sterilization, abortion-inducing drugs, and contraceptives in their health care policies without co-pay. This new federal mandate would force Catholic institutions, like hospitals and schools, to decide whether to obey it or follow the Church’s teachings against contraception.

If infants encounter a wide range of bacteria they are less at risk of developing allergic disease later in life. This is the conclusion of research from the University of Copenhagen, which suggests completely new factors in many modern lifestyle diseases.

Oversensitivity diseases, or allergies, now affect 25 per cent of the population of Denmark. The figure has been on the increase in recent decades and now researchers at the Dansk BørneAstma Center [COPSAC, Copenhagen Prospective Studies on Asthma in Childhood], University of Copenhagen, are at last able to partly explain the reasons…