CNN reports this afternoon that the Pentagon has finalized plans to attack Syria and forcefully depose its leader, Bashar al-Assad, under the cover of securing weapons of mass destruction and preventing “sectarian violence” it has fomented by supporting and training the Free Syrian Army.

“The U.S. military has completed its own planning for how American troops would conduct a variety of operations against Syria, or to assist neighboring countries in the event action was ordered, officials tell CNN.” … via Infowars 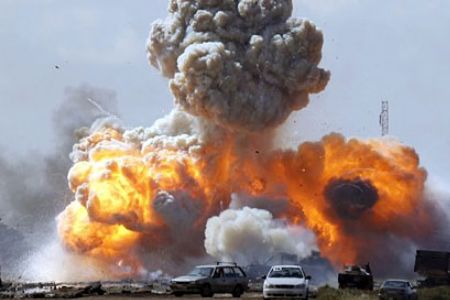 “The west is establishing another client in Libya. Libya is the source of more oil than any other country in Africa, including Nigeria,” said John Pilger, a London-based journalist and documentary maker.” via PressTV – Invading Libya brings UK govt. £200bn.