Philosophies of a Disenchanted Scholar

They tiptoe around using the correct word: honour.
No love without trust. There needs to be a level of honesty and valour (romantic behaviours, acting like the man without expectation and loving it, yes, those evil gender roles feminists have nightmares about!)
It’s an open secret that men love being chivalrous and romantic, it gives them a sense of purpose and status.
The ones who bitch about being expected to demonstrate sex-typical behaviours are perpetually single for good reason…. rejects.

What trustworthiness looks like in dating and mating is this: You are who you say you are and you do what you say you are going to do. It’s about reliability, accountability, and showing up just as you are (but with good hygiene). Why is trustworthiness so important? Why is this the quality that makes a woman’s heart soar? Think about it. Throughout history, a woman’s safety… 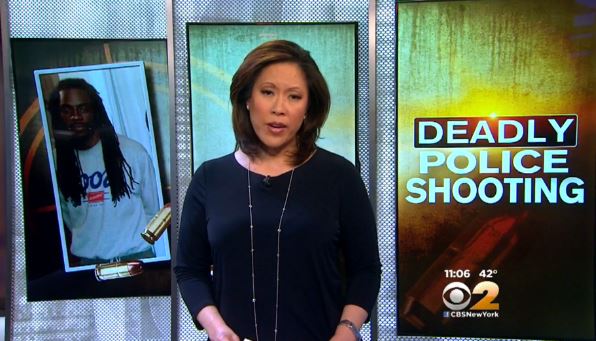 Diahlo Grant, reportedly armed, was shot and killed by Franklin Township police at 1:30AM after they reportedly confronted him over outstanding warrants for violation of probation and failure to pay child support.  You will have to wade through the agit-prop in the actual “report” video at CBS to get to that fact though, as they are to busy painting the guy as father of the year.

Dialho Grant, of Somerset, was pursued by two Franklin Township police officers after an encounter on Somerset and Home Streets, officials said.  The officers followed Grant across the town border into New Brunswick where an exchange of gunfire occurred shortly after 1:30 a.m., according to police. Grant was wounded in the exchange and one of the police officers involved provided cardio-pulmonary resuscitation while waiting for emergency medial personnel to arrive at the scene. Grant was transported to Robert Wood Johnson University Hospital and was pronounced dead  Grant’s gun was recovered at the scene.… leaves behind six children … Source: Officials Investigate…

Mr. Father-of-the-Year leaves behind 5 (soon to be 6) kids, and an indeterminate number of baby mommas, because he was out wandering the streets, illegally armed, at 1:30AM on a Saturday night.  All the family men I know were home at time watching over their kids.

None had outstanding warrants at the time.

The males of today have a horror of many things; the horror of not being a man does not seem to be listed in the catalog of fears….

via The Thinking Housewife › When Neutered Men Speak to Boys.  (h/t to Western Rifle Shooters Blog for the find)