We have often suggested that, if we wish to know what is coming politically, socially, and economically in jurisdictions such as the EU and US, we might have a look at countries like Argentina and Venezuela, as they are in a similar state of near-collapse (for the very same reasons as the EU and US) but are a bit further along in the historical pattern.

Such a bellwether was seen in Argentina recently. Although the event in question is a very minor one, it is an illustration of the social tipping point—the manner in which a government loses control over its people.

Briefly, the events were as follows: Two men on a motorbike cruised a posh neighbourhood in Buenos Aires, seeking opportunities for purse-snatching. The pillion rider dismounted and snatched a purse from a woman. Bystanders saw the act, ran down the thief before he could re-mount the motorbike, and knocked him to the ground. Other onlookers (very possibly fed up with street crime caused by economic hardships) joined in. In a fury, they beat the thief senseless.

A policewoman managed to calm the group and handcuff the thief. Twenty minutes later, police assistance and an ambulance arrived.

Furious neighbours complained bitterly that the police had protected the thief but are generally doing little to protect law-abiding citizens. END_OF_DOCUMENT_TOKEN_TO_BE_REPLACED

Reportedly, there is being a request by a few members of Congress to look into alleged ammunition purchases by the Department of Homeland Security. Numbers are now alleged at two billion rounds of ammunition which is at this time, completely unsubstantiated, but people keep jacking up the numbers. This alone merits being looked into because the fear and panic it is creating has to either be proven or laid to rest as fear mongering, which is very dangerous to the peace of America. Why would people want to start a war in America? Some have demonstrated long ago that they qualify for a straight jacket and to be locked away in a rubber room. On the flip side of the coin, if it is merely an emotional plea to get people’s attention to make them aware of a dangerous situation, Congress needs to go the extra mile for once, and the Congressional underachieving slackers have to stop stuffing money into their pockets and have the DHS ammunition issue, investigated. END_OF_DOCUMENT_TOKEN_TO_BE_REPLACED

When you step back and look at the big picture, it really makes one wonder—how big of a piano needs to be dropped on people’s heads before they notice what’s happening?   Simon Black at sovereignman.com

Stars shine for billions of years, fusing one element into another, hydrogen into helium, carbon, neon, oxygen, silicon, until one day fusion into iron begins. There, quietly, at the heart of the star, it’s doom is sealed. Fusion into iron generates no net heat, in fact, it’s a heat sink. There comes those last few seconds when equilibrium is lost, the star can’t support its own weight, the outer shells collapse inward at nearly the speed of light and the star is torn apart in a spectacular cataclysm. When gravity wins, it wins all at once. So it shall be with us.

There are those among us who want what they don’t need and need what they don’t want. Tolerance for this has metamorphosized into entitlement, which for the beneficiary mimics success, and so the core of career consumers has grown large enough to make its own weather and exert its own gravity. Debt on this scale would eventually overwhelm any economy, no matter how robust. Enough is never enough, even if it were a wide-open spigot plumbed to any conceivable source of supply. Fantasies about debt can keep it going for a while, but in the real world no debt has ever gone unpaid, if not by the borrower then by the lender. In the end, historic debt has historic consequences.

The hard road ahead will likely be comparable in its scope and impacts to the harrowing times brought by America’s first three rounds of anacyclosis. To live through the Revolutionary War, the Civil War, or the Great Depression was not an easy thing; those of my readers who are curious about what might be ahead could probably do worse than to read a good history of one or more of those.   John Greer at resilience.org

END_OF_DOCUMENT_TOKEN_TO_BE_REPLACED 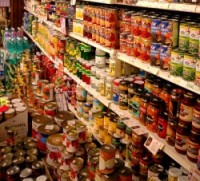 Dollars vs Money « The Grey Enigma.

GE Note: You think we very behind this here in the US? Think again.

If Spain is seeking further instability, a new law on financial transactions is sure to do just that. Via Google Translate, Spain passes a law limiting cash payments to 2,500 euros.

The US requires reporting of foreign accounts as well, supposedly for the same reason, preventing tax fraud.

In Spain however, consumers and businesses are already very nervous (and rightfully so), of a Spain exit from the euro with a return to the Spanish peseta accompanied by an immediate devaluation.

In that context, these controls are only going to make consumers and businesses even more nervous, if not outright suspicious about what is going on.