As if New York did not have enough homegrown idiots, dirtbags and criminals, these two prizes were brought in from out of state (likely on taxpayer or school dollars) to play hoops.  I.e.:

Two basketball players from Stony Brook University were under arrest Tuesday, after being accused in an on-campus smash and grab. Senior Rayshaun McGrew and sophomore DeShaun Thrower were accused of breaking into a fellow student’s car last Wednesday, and taking $5,000 in cash.They have been charged with grand larceny and criminal mischief.Both students played in Stony Brook’s first ever NCAA Tournament game against Kentucky… Source: DeShaun & Rayshaun leave the hood, but the hood don’t leave them

Seems that DeShaun Thrower was brought in Muskegon MI where he played hoops at a couple of the excellent public high schools there.   The other peach – Rayshaun McGrew – was brought in from a vocational school in Chicago-stan.   Thats right:  Not even smart enough to attend a Chicago public school, but amply intellectual to hack it at Stony Brook  University it seems.

Perhaps they boosted the money from the person’s car because they needed to pay their $21,000 annual out-of-state tuition.  Oh wait, that’s right, the OTHER students (and the taxpayers) are paying thier way most likely.

Russia has lashed out following comments from US Secretary of State John Kerry:

In comments on the Russian foreign ministry website, Lavrov added:

In addition, EU ministers debate freezing the assets of Ukrainians responsible for corruption and “targeted measures” against Russia if no change of course is undertaken.

Perhaps most notable though this morning was the following headline:

In other words, China was well aware of the plan and appears comfortable taking sides.

Had that Australian college student in Duncan, Oklahoma been black and the shooters been white I guarantee you would’ve seen non-stop media coverage, the president would’ve made some retarded statement about the victim being like a son, and the NAACP and their race-baiters would be on the ground making speeches.  Chris Lane isn’t the only white person killed because of his race recently, either.

My wife and I have been prepping for well over a year now; and when we think we have it all ready, we find ourselves doing more.  But that’s ok; nothing is done that is not worthwhile.

In our prepping world only 2 people we know personally know of our preparations.  A few other like-minded people that we have befriended through forums know as well; they do not know us in person however.  We have made it a commitment to keep our stores of food, weapons and survival supplies our secret. END_OF_DOCUMENT_TOKEN_TO_BE_REPLACED

The police state is not only here – it is being welcomed with open arms.  Exhibit A: In Aurora, Colorado, police searching for suspected bank robbers locked down an entire intersection, dragooned 40 random motorists out of their cars at gunpoint, handcuffed them and “asked” for permission to search their vehicles…. via A Robbery of a Different Kind | Eric Peters Autos. 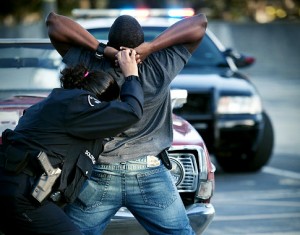 …we have built-in defense mechanisms that seem to get in the way of accepting that our civilization is not only just three meals away from anarchy, but that government is not in any position to be able to help the citizenry much if at all, when disaster strikes…

via Off The Grid News.