A. The US Supreme Court has found roadblocks to be legal for a variety of purposes, the most prominent being so-called “sobriety check points.” There is a longer history of roadblock approvals related to checking vehicles near or at national border crossings…

via 5 Things You Need To Know About Roadblocks.

a National Security Agency recruiter named “Neal Z.” was manning a booth a University of New Mexico job fair when he was confronted by two students with cameras who began interrogating him about the agency’s spying tactics.

It began with one student accusing the NSA of collecting metadata of all phone calls within the United States, which Neal Z. first denied.

But when the student assured him that the NSA does do this, Neal Z. relented and admitted that it was done under the “legal authority” of the secret FISA court (United States Foreign Intelligence Surveillance Court).

The student then pointed out that a congressional panel determined that the collecting of metadata from U.S. phone calls was illegal and unconstitutional as Neal Z. tried to remain smug while displaying a wide-eyed paranoia that this kid knew too much.

“So why is it legal to collect information on every American citizen?” the student asked.

Neal Z. tried to brush him with off by saying, “you don’t understand what that collection is all about and if you don’t leave soon, I’m going to call the university security to get you out of my face.”

Seconds later, Neal Z. stepped from behind the booth and grabbed the student’s phone, telling him, “I’m not touching your phone.”

The students were then ordered out by university security….

MOUNTAIN VIEW, Calif. — Just down the road from Google’s main campus here, engineers for the company are accelerating what has become the newest arms race in modern technology: They are making it far more difficult — and far more expensive — for the National Security Agency and the intelligence arms of other governments around the world to pierce their systems.

As fast as it can, Google is sealing up cracks in its systems that Edward J. Snowden revealed the N.S.A. had brilliantly exploited. It is encrypting more data as it moves among its servers and helping customers encode their own emails. Facebook, Microsoft and Yahoo are taking similar steps.

After years of cooperating with the government, the immediate goal now is to thwart Washington — as well as Beijing and Moscow. The strategy is also intended to preserve business overseas in places like Brazil and Germany that have threatened to entrust data only to local providers…. 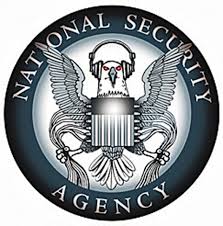 The NSA is facing multiple lawsuits in regards to its spying program. Under the law the NSA must destroy metadata which is over five years old, however the agency has been ordered to stop destroying the records because they could be used in the upcoming lawsuits. In other words; these records are now evidence.

However the NSA has been ignoring the order, and the agency went so far as to apparently mislead the FISA court to muddy the water, so now another Federal judge has ordered the NSA to stop destroying evidence…..for the third time.

Indeed, critics, who have been sounding the alarm bells for years, say the plot — a version of which is already in place under the brutal communist regime ruling mainland China — represents a major danger to privacy, free speech, Internet freedom, and more. Organizations and activists from virtually every point on the political spectrum are gearing up to “vehemently” oppose the plan and its brazen threats to freedom — not to mention the constitutional and practical problems it entails. END_OF_DOCUMENT_TOKEN_TO_BE_REPLACED

Daily Finance: Puking Monkey is an electronics tinkerer, so he hacked his RFID-enabled E-ZPass to set off a light and a “moo cow” every time it was being read. Then he drove around New York. His tag got milked multiple times on the short drive from Times Square to Madison Square Garden in mid-town Manhattan. This isn’t a part of the Lower Manhattan Security Initiative, the millions-dollar project emulating London’s Ring of Steel with extreme surveillance.

via E-ZPass Tracked All Over New York City | Drudge Retort. Everyone knows about the military-industrial complex, which, in his farewell address, President Eisenhower warned had the potential to “endanger our liberties or democratic process” but have you heard of the “Deep State?”

Mike Lofgren, a former GOP congressional staff member with the powerful House and Senate Budget Committees, joins Bill to talk about what he calls the Deep State, a hybrid of corporate America and the national security state, which is “out of control” and “unconstrained.” In it, Lofgren says, elected and unelected figures collude to protect and serve powerful vested interests. “It is … the red thread that runs through the history of the last three decades. It is how we had deregulation, financialization of the economy, the Wall Street bust, the erosion or our civil liberties and perpetual war,” Lofgren tells Bill.

Lofgren says the Deep State’s heart lies in Washington, DC, but its tentacles reach out to Wall Street, which Lofgren describes as “the ultimate backstop to the whole operation,” Silicon Valley and over 400,000 contractors, private citizens who have top-secret security clearances. Like any other bureaucracy, it’s groupthink that drives the Deep State.

In conjunction with this week’s show, Mike Lofgren has written an exclusive essay, “Anatomy of the Deep State.”

This is a MUST WATCH re privacy, NSA and government snooping.  H/T Karl Denninger @ The Market Ticker

The recent release of the NSA spying documents is just the tip of the iceberg when it comes to ways that you are being tracked. Consider your activities and how they can be tracked via:

The disclosures involving this (and the prior) administration’s Big Brother surveillance state, which would make Nixon blush with envy are now coming fast and furious (one wonders – why now: even that bastion of liberalism the NY Times, has turned against Obama). Although while the Guardian’s overnight news that Verizon (and most certainly AT&T as well among others) was cooperating with the NSA on spying on US citizens, so far at least the internet seemed, if only to the great unwashed masses, immune. That is no longer the case following news from the WaPo exposing PRISM, a highly classified program, which has not been disclosed publicly before. “Its establishment in 2007 and six years of exponential growth took place beneath the surface of a roiling debate over the boundaries of surveillance and privacy.” What PRISM does is to allow the NSA and the FBI to tap directly “into the central servers of nine leading U.S. Internet companies, extracting audio, video, photographs, e-mails, documents and connection logs that enable analysts to track a person’s movements and contacts over time.”

The secrecy is so deep we expect even the president himself may not know about it (but he does):

The highly classified program, code-named PRISM, has not been disclosed publicly before. Its establishment in 2007 and six years of exponential growth took place beneath the surface of a roiling debate over the boundaries of surveillance and privacy.  Even late last year, when critics of the foreign intelligence statute argued for changes, the only members of Congress who know about PRISM were bound by oaths of office to hold their tongues…. go here for the rest 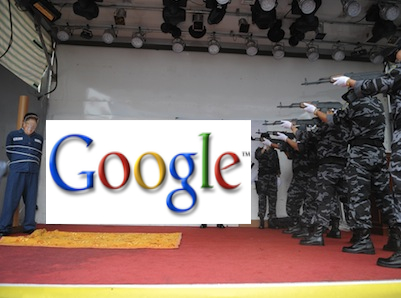 …The real threat is that Google, or perhaps just a few people within the leadership of Google, may be quietly operating as a private intelligence agency for the left…

via Radio Free NJ: The Worry About Google.

Earlier this year in Wired, writer and intelligence expert James Bamford described the National Security Agency’s plans for the Utah Data Center. A nondescript name, but it has another: the First Intelligence Community Comprehensive National Cyber-security Initiative Data Center. The $2 billion facility, scheduled to open in September 2013, will be used to intercept, decipher, analyze, and store the agency’s intercepted communications—everything from emails, cell phone calls, Google searches, and Tweets, to retail transactions. How will all this data be stored? Imagine, if you can, 100,000 square-feet filled with row upon row of servers, stacked neatly on racks. Bamford projects that its processing-capacity may aspire to yottabytes, or 1024 bytes, and for which no neologism of higher magnitude has yet been coined. END_OF_DOCUMENT_TOKEN_TO_BE_REPLACED

In a motion filed today, the three former intelligence analysts confirm that the NSA has, or is in the process of obtaining, the capability to seize and store most electronic communications passing through its U.S. intercept centers, such as the “secret room” at the AT&T facility in San Francisco first disclosed by retired AT&T technician Mark Klein in early 2006.

“For years, government lawyers have been arguing that our case is too secret for the courts to consider, despite the mounting confirmation of widespread mass illegal surveillance of ordinary people,” said EFF Legal Director Cindy Cohn. END_OF_DOCUMENT_TOKEN_TO_BE_REPLACED

President Obama will issue an executive order Monday that will allow U.S. officials for the first time to impose sanctions against foreign nationals found to have used new technologies, from cellphone tracking to Internet monitoring, to help carry out grave human rights abuses.

LOL, Foreign nationals identified by NSA communications monitoring as violating this order will be pinpointed by satellites and surveillance drones and hit with a cruise missile.

Hard to picture any American President in the last 20 years signing this with a straight face.   Is there a Federal law enforcement agency or major police force in this country who is NOT violating this order, had it applied to American citizens? … via Coyote Blog.

Below I provide a links to a few offshore email providers whose servers are located overseas. With a properly configured account, you can switch to an offshore provider and still keep your existing email address:

Remember, using these providers decreases the likelihood of your email account being confiscated or deactivated by your home government– offshore email hosting does not guarantee privacy or security unless you use encryption schemes …”  via Why you need an offshore email account

” Recently the search giant Google has attempted to provide a less evil option for their National Security Affairs (NSA) and Department of Homeland Security (DHS) partners for monitoring American citizens by allowing Google users to modify the profile of ad distribution that the NSA and Department of Homeland Security use to profile potential terrorists. This system was originally called the “Google Cleaner” and was developed by a google employee who is now dead. New Evidence – The DHS and NSA Use Google to Profile You