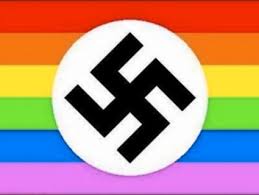 A former TSA agent speaks regarding the latest groping scandal.

Business as usual for the federal molesters.  Why does this organization exist?

See these and other comments from various posters over at Radio Reference: END_OF_DOCUMENT_TOKEN_TO_BE_REPLACED

Court Rules Police Can Force Users To Unlock iPhones With Fingerprints, But Not Passcodes

” A Circuit Court judge in Virginia has ruled that fingerprints are not protected by the Fifth Amendment, a decision that has clear privacy implications for fingerprint-protected devices like newer iPhones and iPads.

According to Judge Steven C. Fucci, while a criminal defendant can’t be compelled to hand over a passcode to police officers for the purpose of unlocking a cellular device, law enforcement officials can compel a defendant to give up a fingerprint.

The Fifth Amendment states that “no person shall be compelled in any criminal case to be a witness against himself,” which protects memorized information like passwords and passcodes, but it does not extend to fingerprints in the eyes of the law, as speculated by Wired last year. “

The Department of Homeland Security’s production of domestic intelligence has increased substantially over the last few years according to a brochure of “intelligence products” published last month by Cryptome. The 2012 DHS Intelligence Enterprise Product Line Brochure is “a standardized catalogue of intelligence reports and products that represent the full breadth” of the agency’s analytical capabilities. It provides descriptions of each type of product created by the DHS Intelligence Enterprise as well as the classification level and instructions on how DHS “customers” can obtain the products. END_OF_DOCUMENT_TOKEN_TO_BE_REPLACED

The pieces come together. Within the last week I have read:

1) New software, associated with Google, will recognize customers in stores so as to offer them discounts; having your photos uploaded to allow this service will (for now) be voluntary.

2) A new surveillance system in New York will store footage from cameras in, for example, the subway, so that when an unattended package is discovered, the police can look back in time to see who left it.

3) TSA is perfecting a laser that will allow detection on travelers of trace amounts of drugs, explosives, and doubtless a wide variety of other things.

4) The government is moving toward mandating black boxes on cars to record information thought to be useful in ascribing blame in crashes.

5) Various police departments are beginning to use “drone” aircraft to monitor the population.

These are recent pieces of the coming world. They have not yet all been completely deployed and linked. Some are voluntary, for the moment. Others are in development. All are coming. END_OF_DOCUMENT_TOKEN_TO_BE_REPLACED

The question is, will Americans ever reclaim their sense of dignity and freedom or – like the Party members in Orwell’s Oceania – will they learn to love their servitude?  via Militant Libertarian » Americans Are Now Living In A Society That Rivals Orwells 1984.